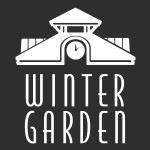 No election required when incumbent is unopposed

The information contained herein is based on laws and election requirements for City of Winter Garden elections. Access Florida Statutes Chapter 106.  This page is for INFORMATIONAL USE ONLY and is not intended to constitute everything contained in the City’s Charter, Code of Ordinances or Florida Election Laws related to this subject. Therefore, please refer to Article V of the City Charter and Chapter 2, Article V of the Code of Ordinances.

(Designation of political party affiliation is not allowed)

All City elections conducted on a non-partisan basis